I´ve been absent for quite a while. But there is a proper reason for that: I have been working and trying to graduate. The last one I did a week ago! Hooray! Now I've been on a holiday, but there are still some upcoming changes which are going to be quick and chaotic -eek!

But for now it's time to shape up and make a post. I visited our capital city a few years ago with one of my vintage loving friends. We entered this legendary shop which always presents some rare finds. This time I picked up a hairnet that was sprayed with pretty selfmade felt flowers. It really was a 1940s statement piece. It was a decorated version of plain hairnets that were used along with the thicker knitted versions, snoods. Thinner hairnets were meant to hold a hairdo together through the day and snoods for one were more rough and work related. Both were popular in the 1940s. The flowers in this particular decorated net were made in different colors: reddish orange, blue, poisonous green..My friend loved it too and bought it. I haven't stopped thinking about it and decided to finally make my own. 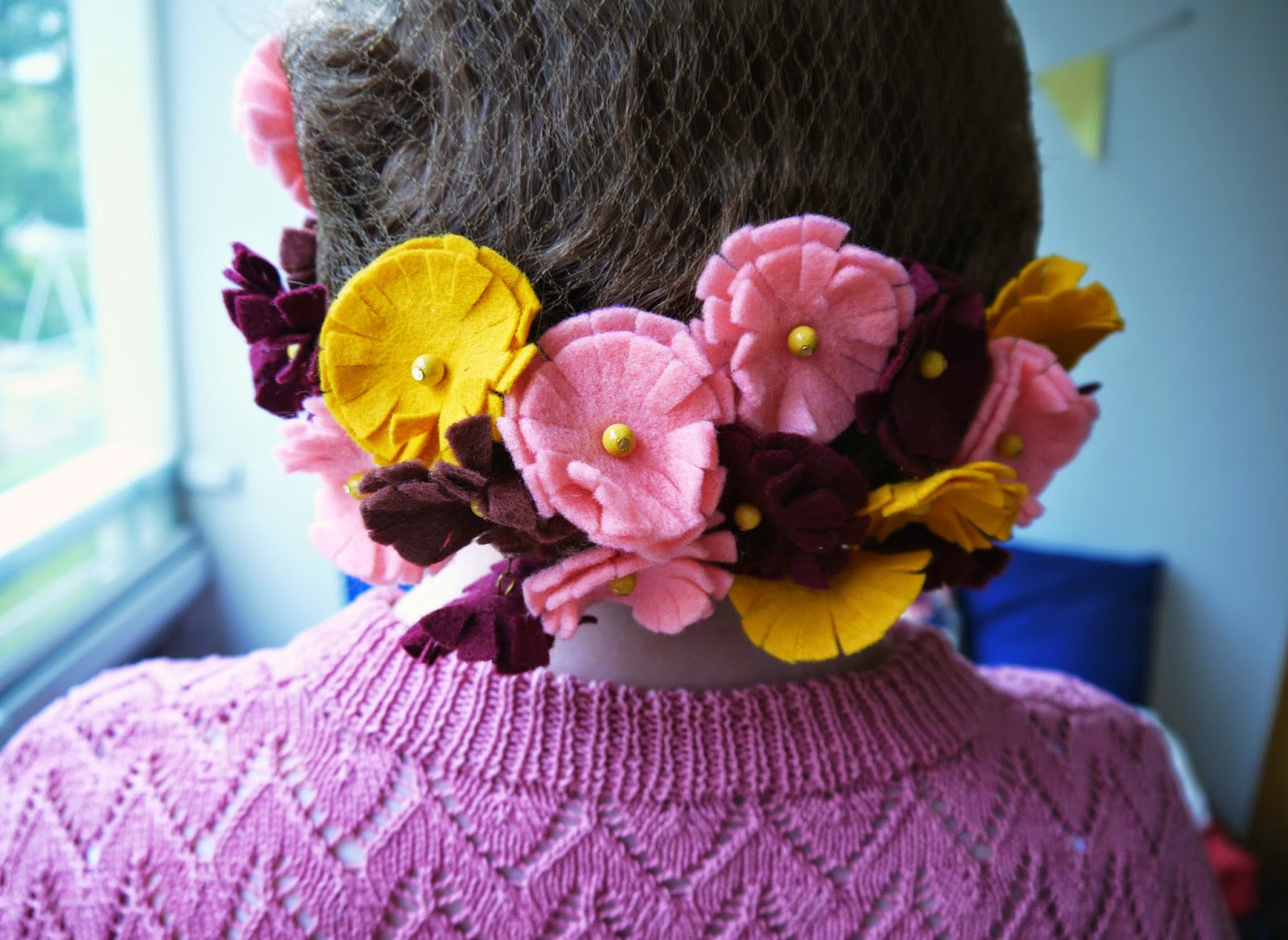 Here are the instructions for a 1940s flowery hairnet:

First of all you need to pick up some felts. Then make a pattern out of paper. Before drawing and cutting the pattern you need to decide how small or large you want the flowers to be. I just draw circles by using a circular object. Use the pattern and cut out a wanted number of flowers from the felt(s). 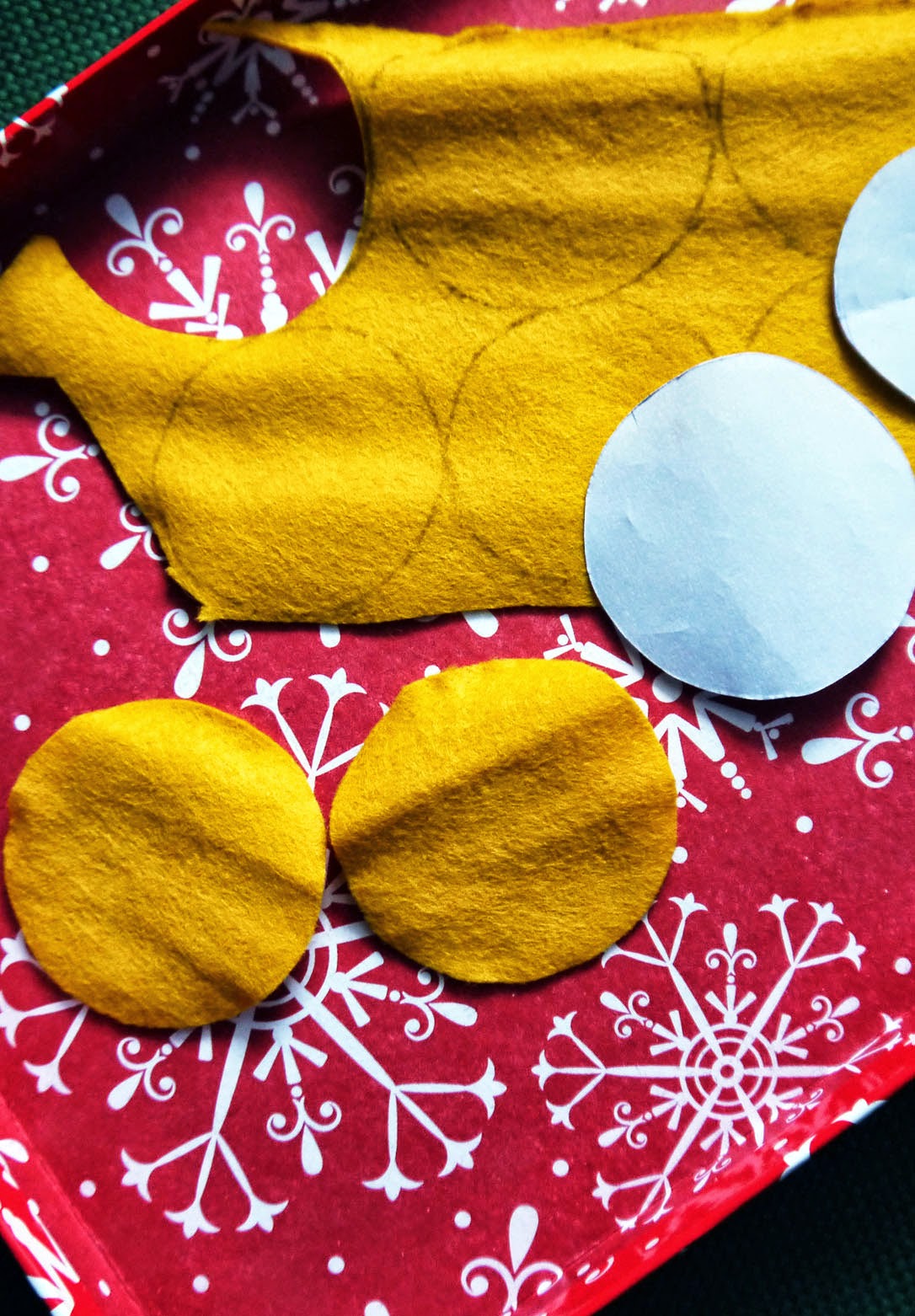 Use scissors and roughly cut petals. Make them more life-like by rubbing and rolling the flowers between your hands. 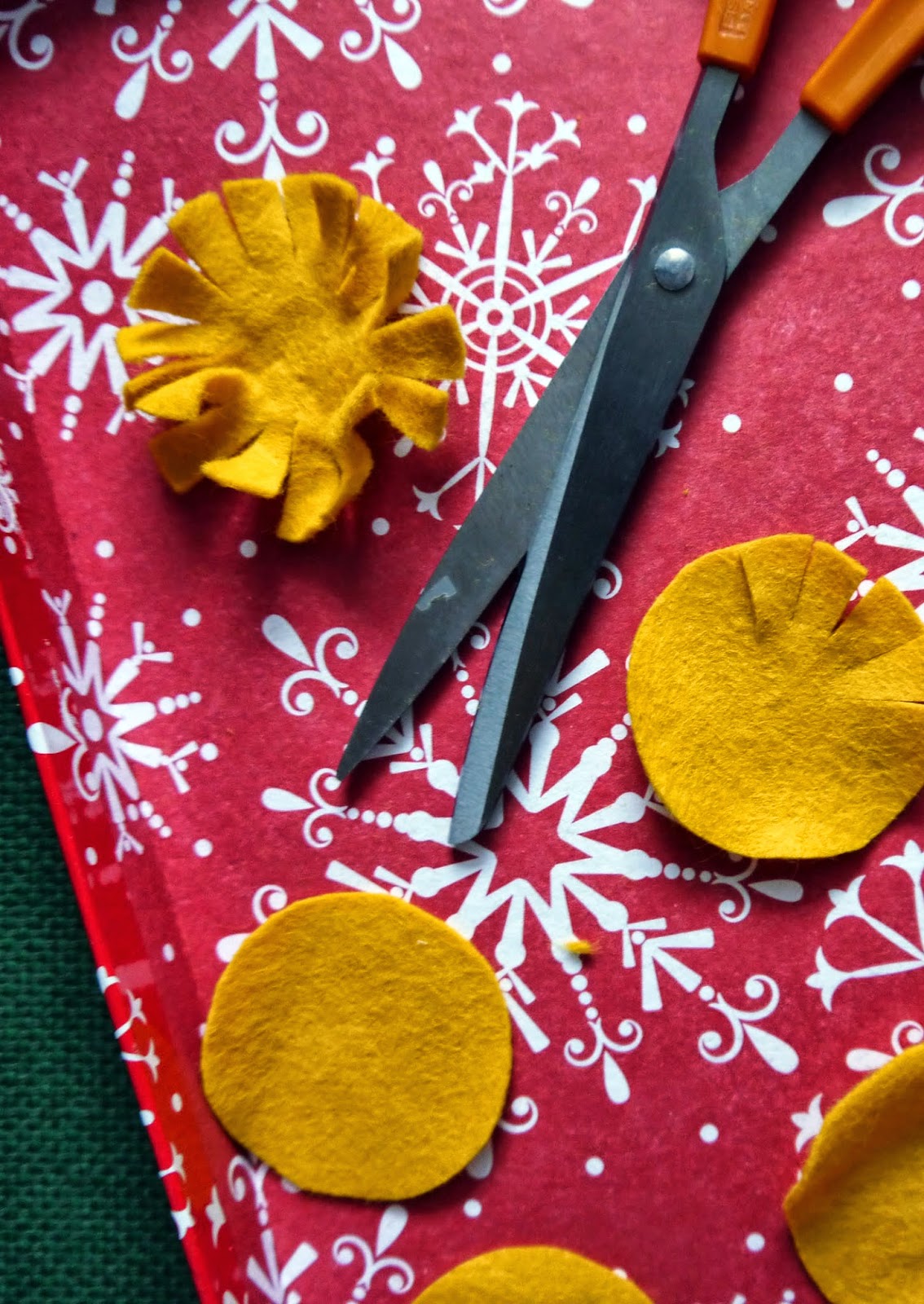 Attach a couple of felt flowers together by using jewelry stick pins and beads to make the flower look more full. String a bead to the stick pin and force the pin through the flowers. 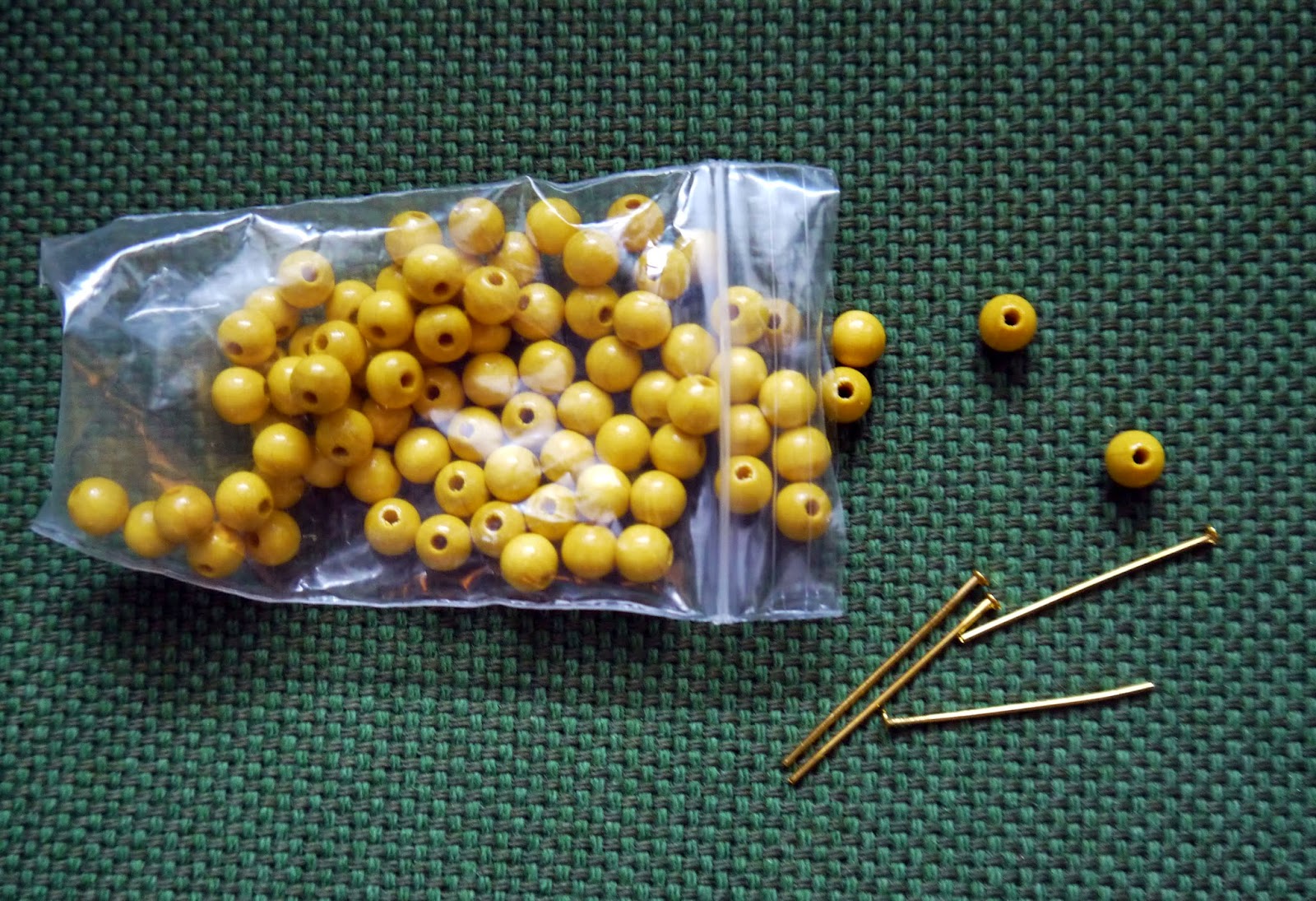 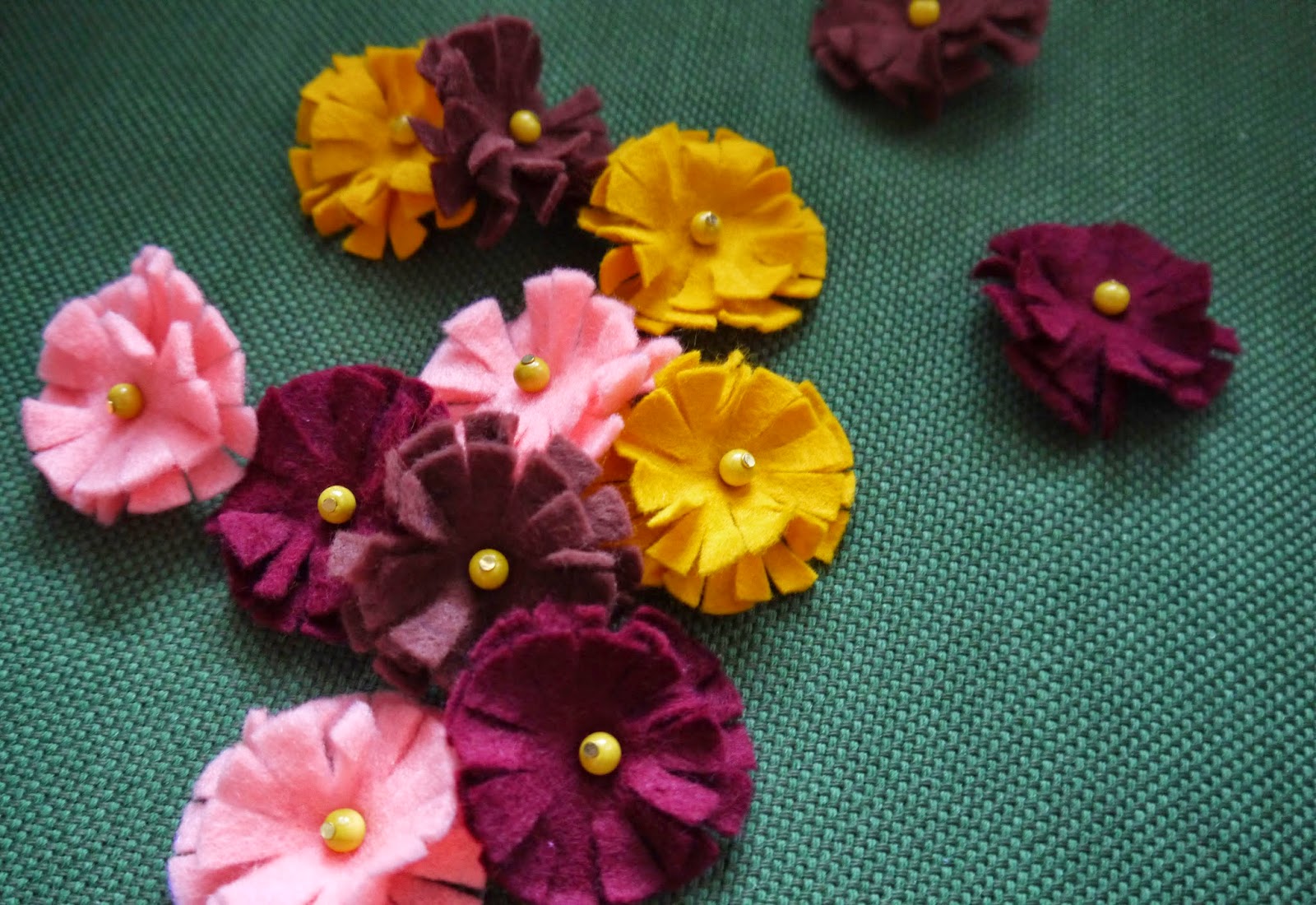 Use pliers to attach ready flowers to the hairnet. (Find a volunteer like a spouse and borrow his/her head as a hairnet stand -it really eases the work!) Twist the free end of the stick pin to a circle and attach to a string of the net. I attached the flowers to the bottom part of the net. after applying all the flowers the net is ready to wear! 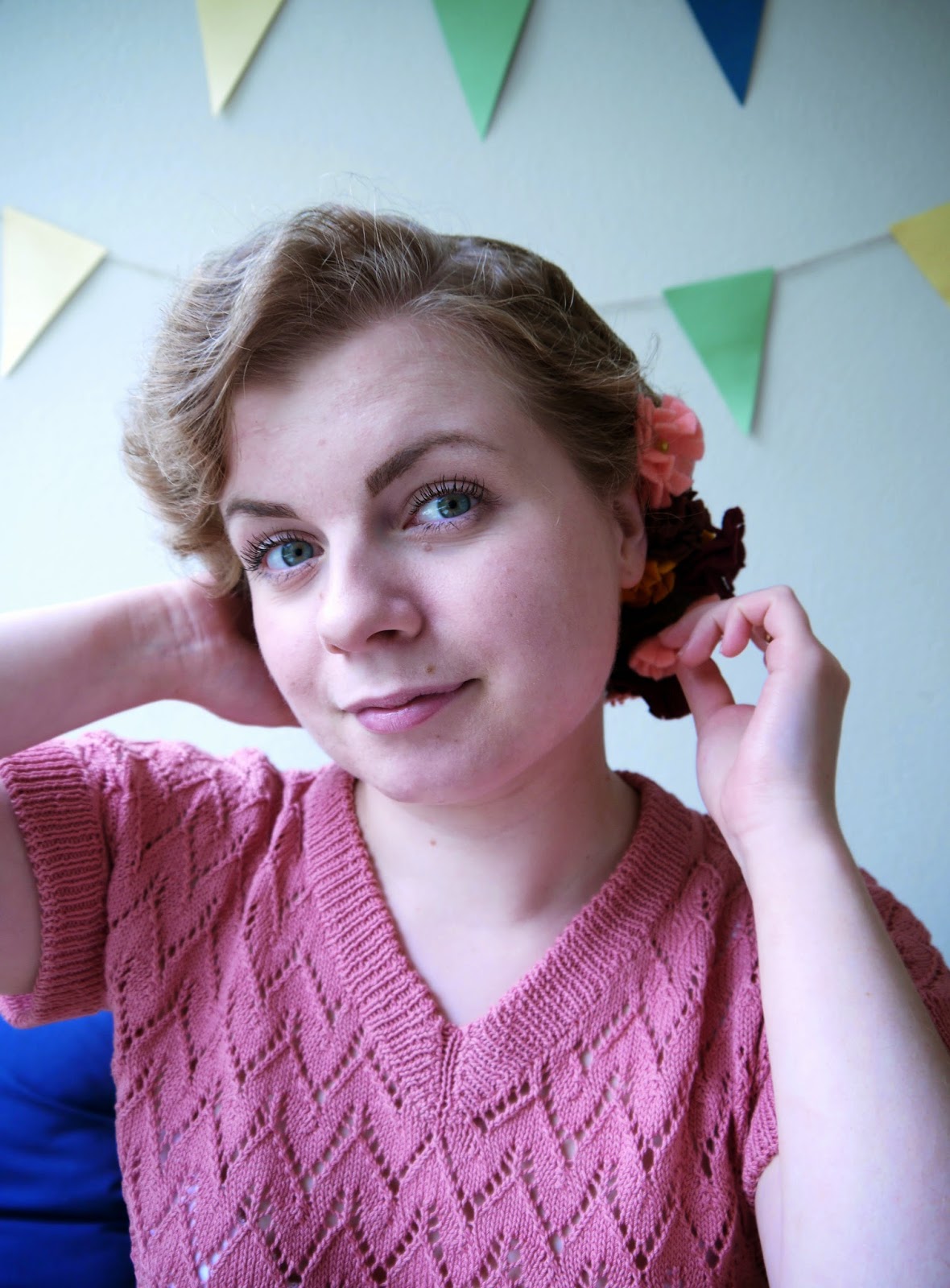 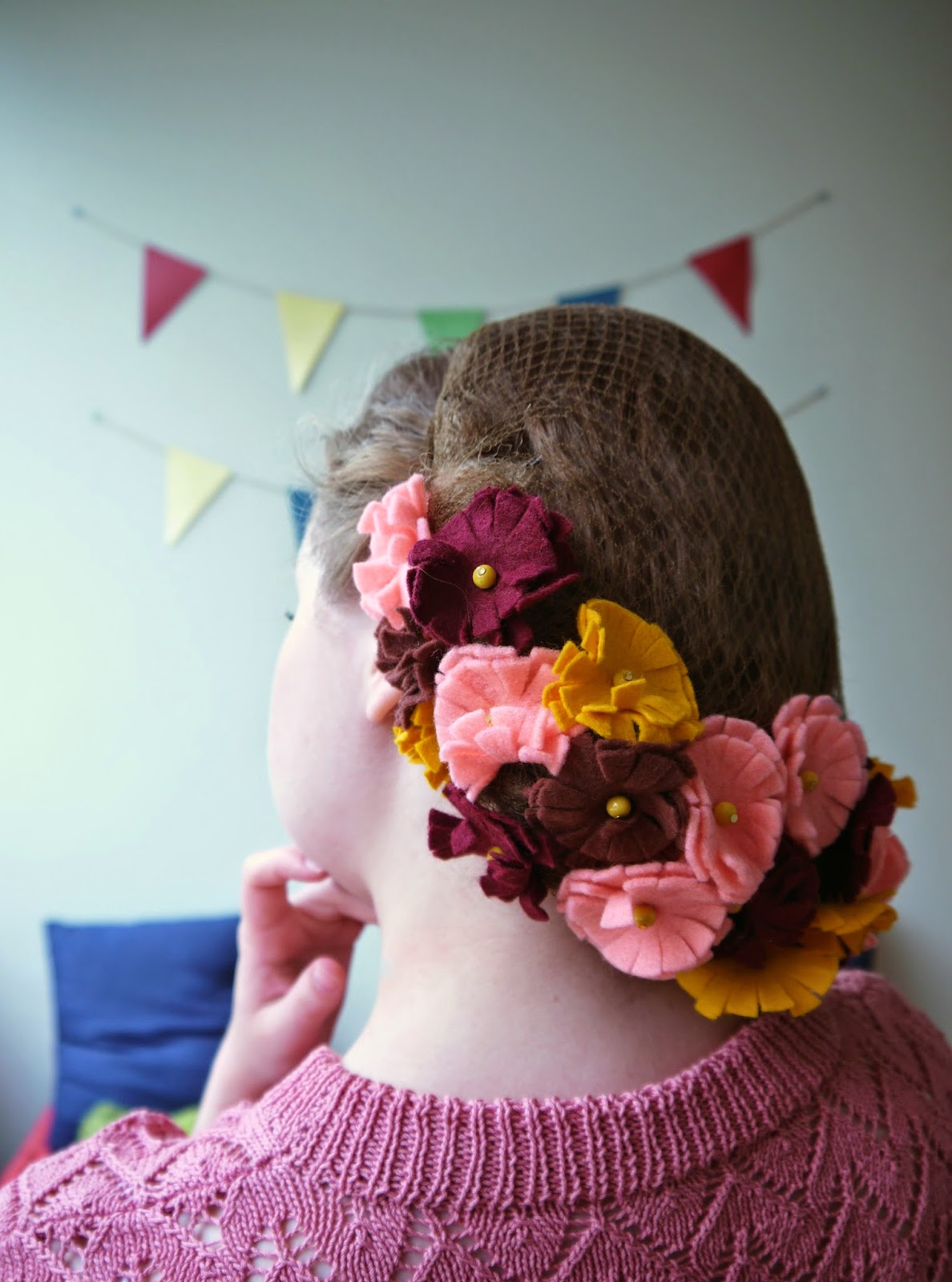 To save time and nerves I am constantly looking for easier and less time consuming ways to do my hair. As I was looking vintage hair inspiration by scrolling through some pics in Pinterest I came across this wonderful hair rat tutorial:

Another vintage enthusiast had solved my problem! She had bought an authentic 1940's hair rat, but it wasn´t as durable as one would´ve hoped for. That is why this vintage loving blogger, Eileen, did the tutorial by using modern equipments. And that is why this tutorial is more than suitable for my blog!

After seeing how good Eileens hair looked rolled up, I couldn´t get to the shops fast enough to buy a couple of bun rats myself! I followed the instructions precisely and here are the results: 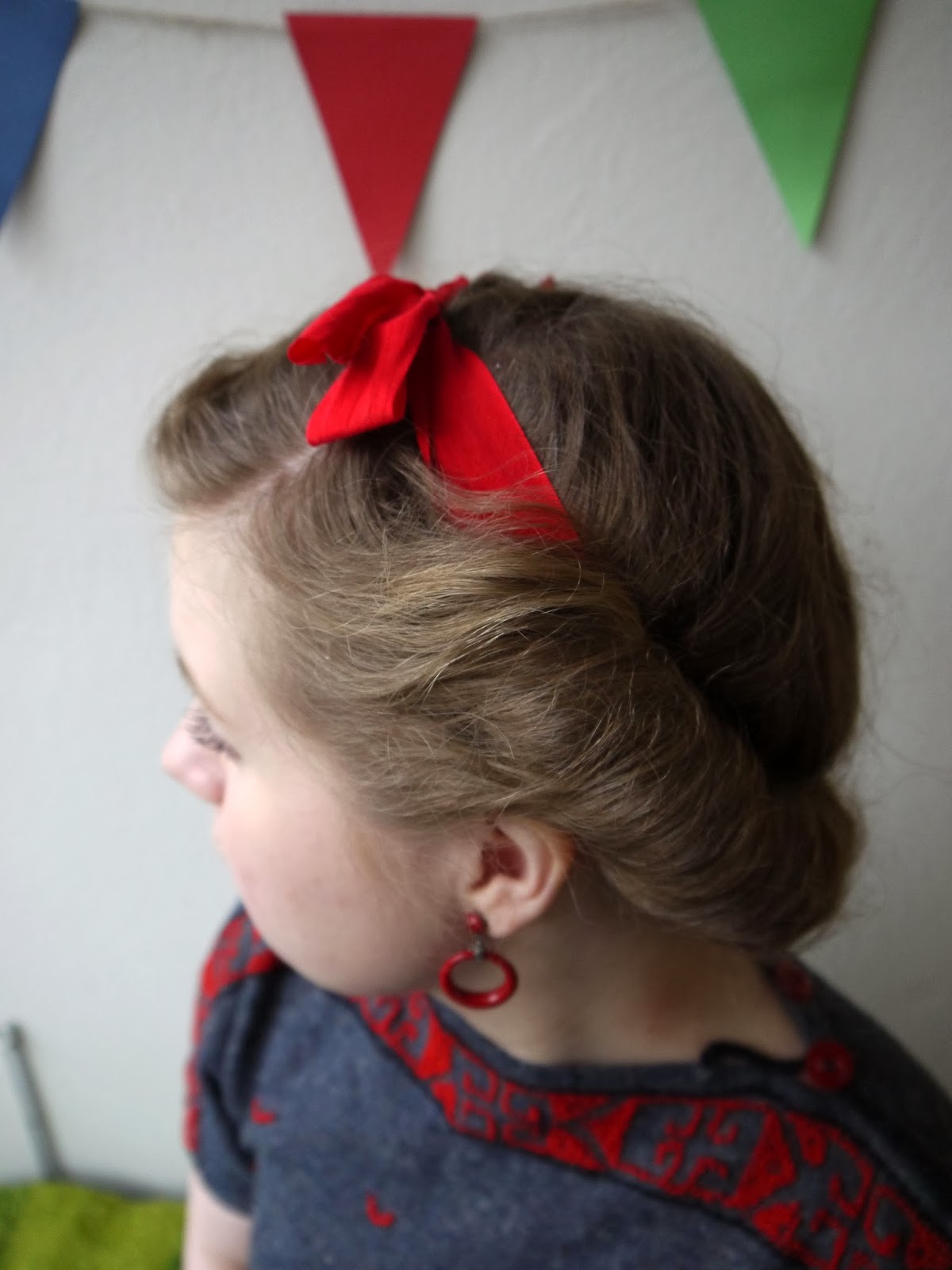 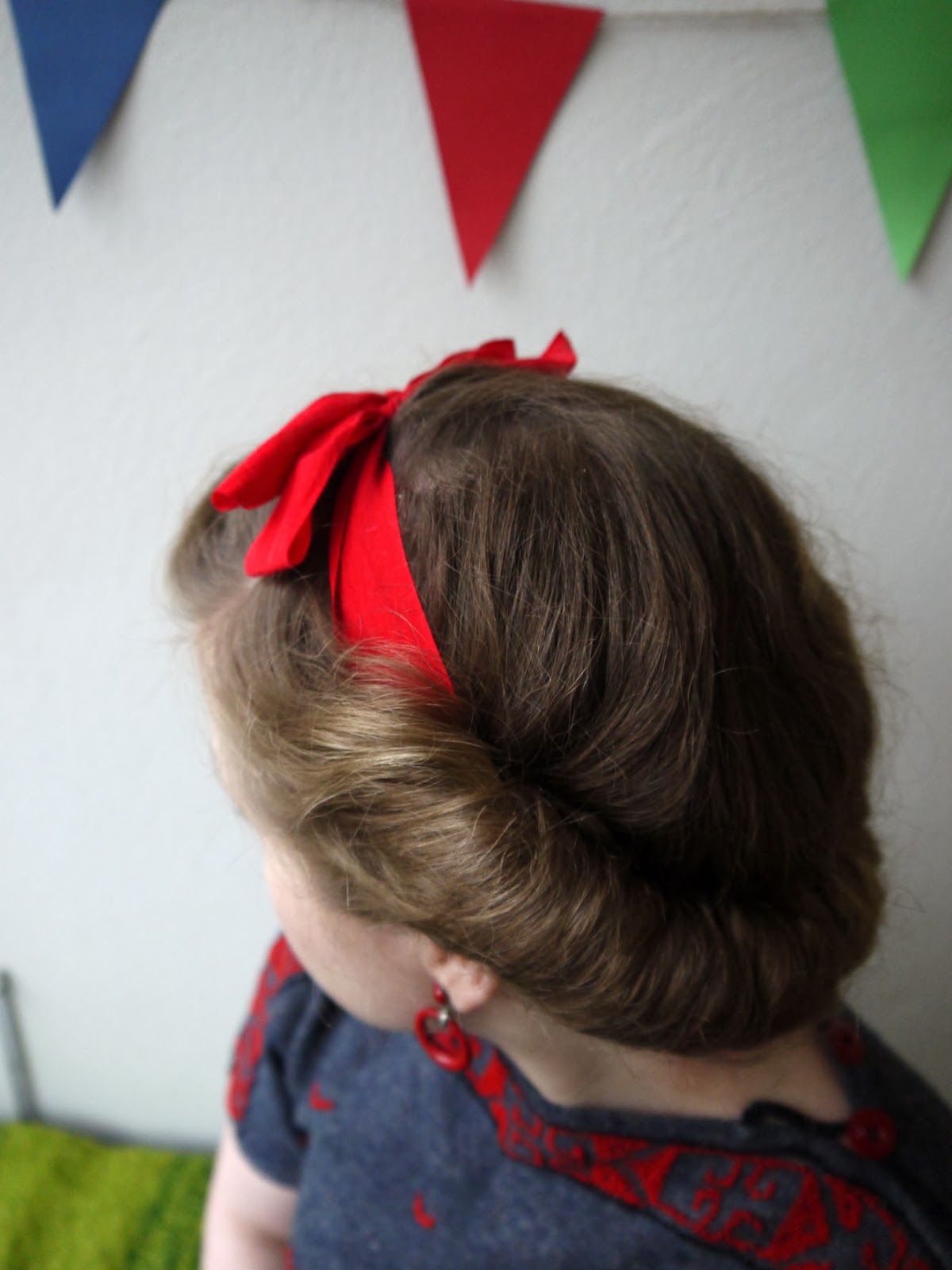 The best part of happiness is the pines

I found this picture of an amazing 1940's pine cone necklace and was instantly inspired! How gorgeous yet simple it is!

I started wondering how could I make this or something similar happen. The pine cones especially I thought were hard to execute. By a stroke of good luck I happened to stumble upon a piece of maybe 70's hippie jewelry. It had two processed pine cones stringed with a bunch of beads and pieces of bone and made into a necklace. Before going ahead with a larger project like that 40's necklace above I decided to try out a smaller one: a brooch! 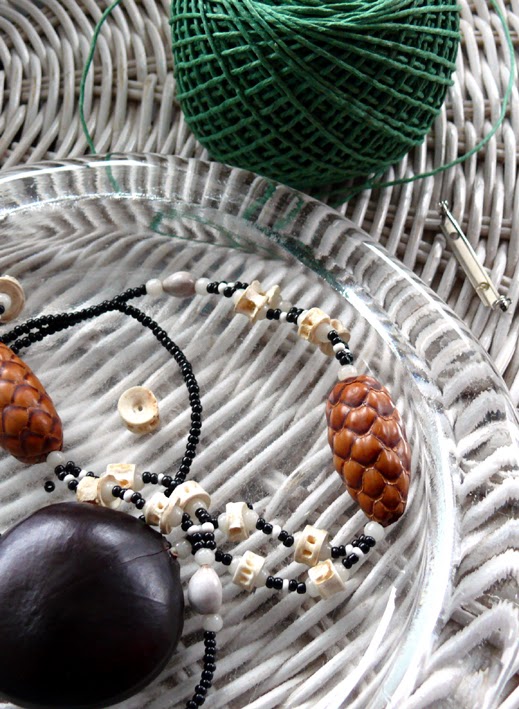 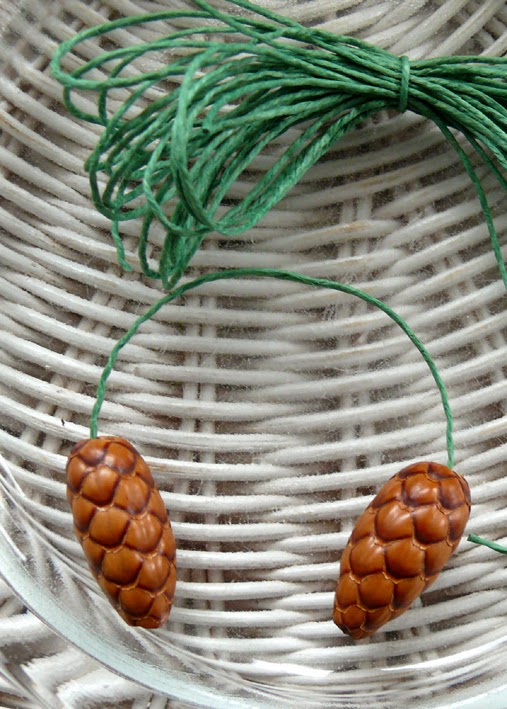 First I made the green paper string into a bunch and tied it up to keep it together. I used paper string as it goes well with the 1940's and depression era theme. One could also use for example leather string like is used in the original necklace.

I also measured the length of the string that is needed to hold the cones. the length of course depends how low you want them to hang. 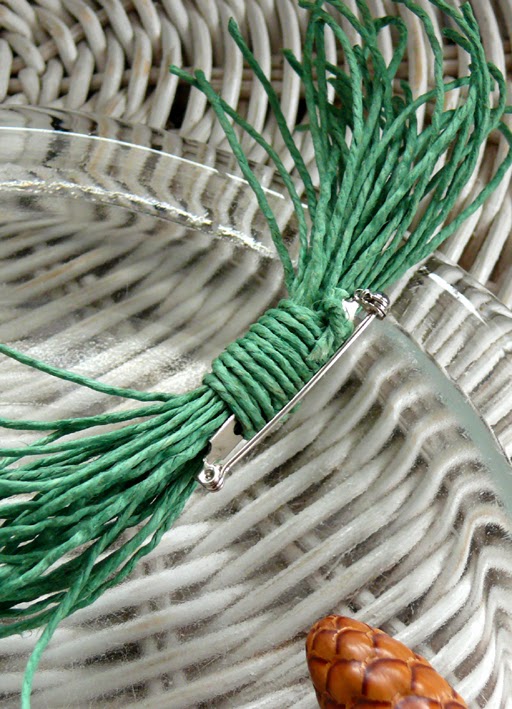 Second step was to attach the brooch back pin to the bunch by wrapping the paper string around them. 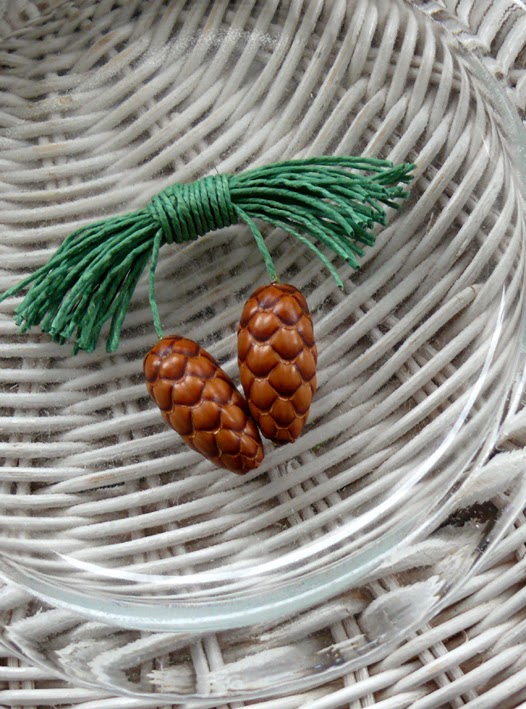 Finally I glued the pine cones to the ends of the string and cut the paper "pine needles" into a proper length.

Instructions put to use!

I´m so excited to share this picture with you! My dear Friend Sandra followed instructions of this blog post and crocheted herself a bunch of gorgeous acorns! They look so much better than mine!

I´m so glad to share instructions and inspiration with you all!
Posted by Rosie the Crafter at 04:22 1 comment:

The first strawberry is the sourest


Two in a row to make up the time I was absent!

This craft was inspired by the acorn brooch in the last post. Last time I made a quirky dangling acorn brooch with crocheted acorns and belt buckle decoration. The craft in this post was made with the same theme: crocheting edibles. 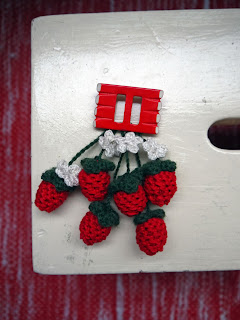 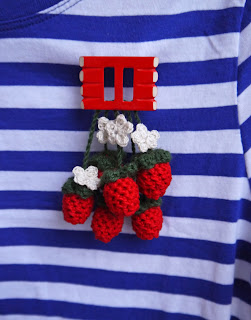 You can find many free crocheting patterns and instructional videos for strawberries online. They are very useful, but of course you must alter the pattern to suit your purposes.  I started with 4 ch(s) made into a loop and doubled them. Then crocheted my way towards the narrowing.

Here´s a few patterns and a video: 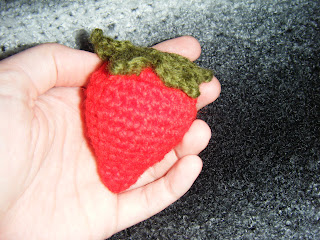 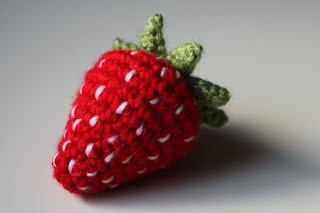 And here´s one for the flowers:


Again alter to suit your purpose!

Posted by Rosie the Crafter at 05:28 No comments:

Rosie the Crafter
A blog about accessories in the 1940's. Not only for your inspiration as there are (modern) instructions as well.